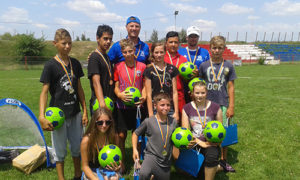 Ambassadors Football Romania was started by David Hiriczko, an ex professional sportsman and physical education teacher. David has worked with Christian and non-Christian teenagers and youth for many years and in 2011 God gave David a vision to reach kids who love football for Christ.

In 2012 David connected with Ambassadors Football during a TREC (Training Resourcing and Equipping Coaches/Churches) training event. Beginning with a football league they had 12 teams attending weekly coaching sessions and trimestral tournaments. That led to the training of coaches who would then go on to serve effectively in the ministry. In 2013 and 2014 TREC courses were conducted with coaches from all over the country. Things were starting to move, but unfortunately were negatively affected by a major economic recession in Romania that saw many of the coaches leave the country to work abroad or shifted their focus to provide for their families requiring them to leave the coaching behind. 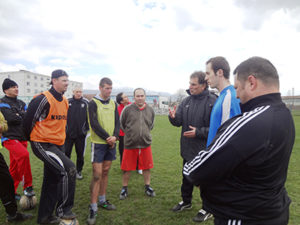 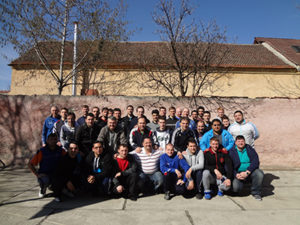 In 2013 David attended his first Ambassadors Football Camp in the United States which inspired him to do camps in Romania as well. The first football camp took place in 2014 in Constanta, Romania eventually moving to Murfatlar over the next two years. God has used these camps to open doors to ministry through the camps and in 2017 there are four camps in different locations. 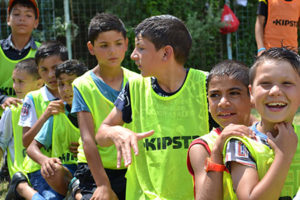 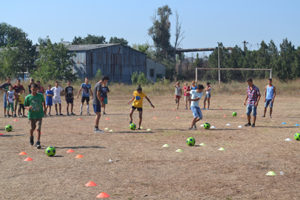 The first camp in 2017 took place in Skopje, Macedonia in collaboration with a team of Romanian missionaries. God moved in miraculous ways there while working with Muslim Albanian children and the plan is to make it an annual event. Another camp took place in Babadag, a neighbor town, where we worked with Romany children and our partners there are ready to develop the camp as an ongoing event. There has been a second Constanta camp as well as a third edition of the Murfatlar camp. Through these camps we have mainly ministered to unprivileged and socially disadvantaged children with difficult family lives.

The success of the football camps has led to an invitation to do conduct a football camp in Kazakhstan in 2018. The vision is to spread football ministry in all of Romania and even abroad, to neighboring countries. The local ministry is also in prayer to form a football academy in Constanta that can be a cross point for the youth in our area. 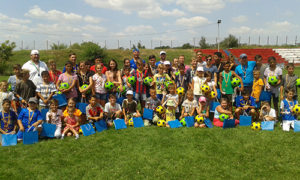 Ambassadors Football exists and continues to grow through the generous donations of people like yourself. Please join us in reaching the world for Christ.