We invite you to read about the incredible work that is happening around the world in our debut Regional Report.

Click on the image or read it HERE, the report will open in a new browser tab. 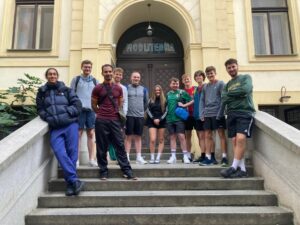 September 2022 – Various members of Ambassadors Football Czech, Northern Ireland, and GB spent a week together learning from each other, sharing their experiences, training and playing, while joining together in fellowship! The team spent a lot of time in prayer seeking the Lords guidance for their ministries.

Toward The Goal is a curriculum project in development at Ambassadors Football. The parable format follows the lives of a soccer loving children’s team, contrasting their experiences to corresponding Bible stories. The curriculum is designed to help children all over the world know Jesus and the Bible in a much more meaningful way while hiding God’s Word in their hearts. 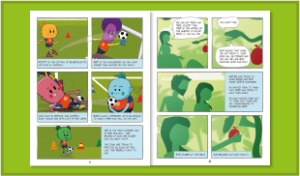 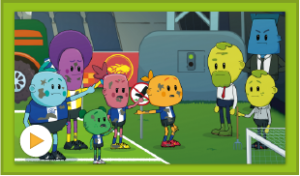 We invite you to watch how the life of young Samuel Niyonkuru was transformed by the love of Christ as demonstrated through our football ministry in Rwanda, Africa. Canchaque is a small village in northern Peru where Daniel Sifuentes and Matt Pheneger of Ambassadors Football Peru visited recently through the invitation of a local pastor working there. A year ago this pastor began a faith-based football program for the local boys and built the group up to 16-20 players and began seeing quite a transformation in their lives.

This pastor wanted to know how to further develop his ministry and how to add more ages which lead him to reach out to Ambassadors Football Peru. After a week of training a new group of coaches in Canchaque, the group is now prepared to help the program expand and minister to more and more children and their families. Pastor is also looking at replicating the program to reach young girls in the area too.

Please pray for the additional training that the LATAM group will be doing in Lima, Peru and Sao Paulo, Brazil over the next few months. The Ambassadors TREC training is fostering a movement of coaches and churches impacting their community through football throughout the world. 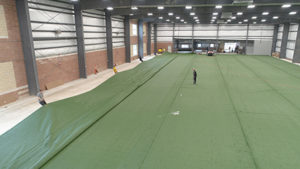 Ambassadors Football Pittsburgh Futsal Team 2000s won their final consolation game at the National Futsal Youth Tournament and the 1999s finished 2nd in the nation losing in a very well played final. Welcome us in wishing them congratulations; their futsal program has been a nationally recognized program over the past few years. 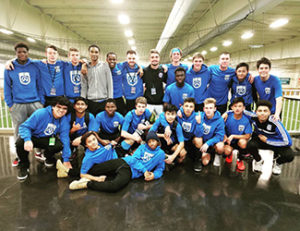 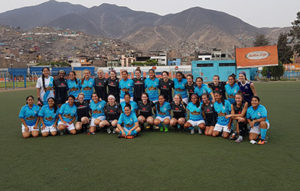 In January, an Ambassadors womens team comprised of players from our WPSL team and from around the United States traveled to Lima, Perú to work with our locally based ministry there. In Peru, traditionally men play soccer and women play volleyball, but that mentality is changing and now more girls and women are interested in playing soccer. Using the WPSL team in Cleveland as a base, Ambassadors formed a women’s team and sent them to play in the Peruvian capital of Lima. Everyone who interacted with the team had a front row seat to a humbling mix of elite play and servant hearts. From the National Stadium to impoverished areas, the team ministered to top club teams including Sporting Cristal as well as small children all over the city. The players opened doors for future partnerships and laid groundwork for football, faith, and future to spread the name of Jesus throughout the city.

Ambassadors Football exists and continues to grow through the generous donations of people like yourself. Please join us in reaching the world for Christ.